The 2nd Great Coates Scarecrow Competition was a huge success with 64 scarecrows resident in the village together with over 2,000 visitors and residents walking throughout the village.

Congratulations to the winners of the 2020 Great Coates Scarecrow Competition:

In total there were 64 scarecrows displayed which represented near enough every road in the Village. This fantastic turnout was way ahead of our expectations so a huge thank you to all those who entered.

Special guests to the village, Worzel & Aunt Sally had a thoroughly enjoyable day until they got arrested and were issued with an ASBO (Anti Scarecrow Behaviour Order) !

Judge, Ward Councillor Tom Furneaux said “Everybody should be extremely proud of their submissions which has brought a smile to the many residents and visitors to the village in what has been a difficult few months for everybody. Judging the competition was made so hard because of the number of scarecrows and the amount of thought and effort that had gone into each and every one”.

Organised by Great Coates in Bloom, Chairman, Councillor, Mike Stewart commented “We would like to thank the many residents for their fantastic contribution, with the weather not being particularly good we were a little concerned as to what to expect we needed to have no fears !! Over 60 Scarecrows who would have believed it !! Thanks everyone who got involved including Mike’s Coffee pod and even the Police for joining in the fun. Special thanks to Aunt Sally and Worzel Gummidge; you really made the day extra special. Lastly thank you to all members of the In Bloom Group for making our village a pleasure to walk through for residents and non residents alike, a special day indeed.”

Village Council Chairman, Councillor Jim Masterton, was equally delighted with the success who said “I was amazed at the quality and number of entrants and the hard work and thought that went into them all. It was obviously well received throughout the village by the number of people walking round to view them and thanks to Aunt Sally and Worzel Gummidge” for their time and effort ! 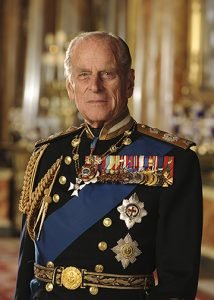 Cllr Jim Masterton, Chairman of Great Coates Parish Council
extend our condolences to Her Majesty the Queen and the Royal family

You may visit and sign the official book of condolence at www.royal.org